Talk about bad luck. Aditi Haridat’s parents had just bought the house they’d always wanted in New Jersey. One day while they were out, a lamp overheated starting a fire. The blaze heavily damaged the inside and killed the couple’s pet cockatiel. Luckily, Haridat’s parents had insurance. The company paid a contractor to repair the fire damage. While working on the house the contractor caused a major flood, which led to black mold.

But the insurance company balked when Haridat’s parents tried to get them to pay for the additional damage. The company said it would pay less than the estimate. The situation proved stressful. Haridat’s parents couldn’t sleep. In the end, they were forced to hire a public adjustor to help them negotiate a settlement.

The situation is all too common. Although insurance is essential when owning a home, it doesn’t cover everything. Most of us aren’t insurance experts and sometimes we don’t know enough to ask the right questions. And let’s face it, who even reads the policy itself?

A couple of years ago, a tree fell on my house causing some damage. My insurance company paid for repairs. They also paid to remove the tree. When I asked whether the company would help cut down the other dangerous trees, the adjuster said “no.” He told me insurance will only pay when a tree falls and damages the house.

My face contorted in a bemused fashion like a third grader who doesn’t understand negative integers. It made no sense. “Let me get this straight,” I said. “Insurance won’t pay a couple of thousand dollars to have the remaining trees cut so they don’t do any more harm, but it will pay $120,000 if the trees fall and damage the house?”

Trampolines are accidents waiting to happen. Just ask New York Yankee pitcher Joba Chamberlain who sustained a career-threatening ankle injury after playing on a trampoline with his son. Many companies won’t cover injuries sustained by someone jumping on a trampoline. In fact, just having a trampoline on your property is reason enough for some companies not to insure you at all. Why? According to the Consumer Product Safety Commission, trampolines caused 92,159 injuries that required emergency room treatment in 2009 alone 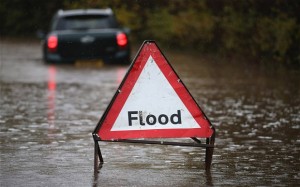 What a mess. In 2010, Patrick Dorrian and thousands of others in central Iowa found out the hard way that homeowners insurance did not cover flood damage. When floods ravaged the state in August, homeowners were forced to pay for the cleanup themselves. In Dorrian’s case, not only did water inundate his house, but the neighborhood’s storm and sanitary sewer system backed up into everyone’s basement. 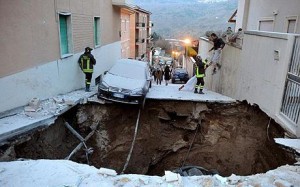 First came the cracking sounds. Then the pictures tumbled off the wall. Vases shattered and houses moved back and forth. Debbie Saathoff, 62, of Bowie, Md., was never more scared in her life. When a 5.8 magnitude earthquake centered in Virginia rocked the East Coast on Aug. 23, 2011, it was something Saathoff and millions of others had never experienced before. The quake damaged businesses and homes. People quickly found out their homeowner’s policy would not pay for repairs. Most standard policies do not include earthquake coverage. A homeowner has to buy special protection for the temblors.

Unlike standard insurance policies, the deductible for earthquake coverage is not a fixed dollar amount. Instead, it’s a percentage, usually from 2 to 20 percent of the structure’s replacement value. The price for coverage is different in each region and the type of structure. Premiums could be as low as $300 a year for new buildings, and much more for older structures 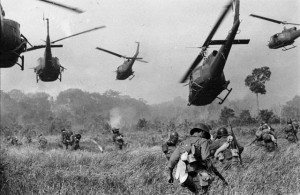 In the event of a nuclear war, civil war or just an ordinary conventional war, your insurance policy will not pay to repair or replace your home. A long time ago, insurers realized that acts of war, including biological, radiological and chemical attacks were not insurable.

What about terrorism? After 9/11, Congress passed the Terrorism Risk Insurance Act of 2002, which provided commercial coverage for terrorist attacks. However, the law never addressed residential coverage. Unless there is specific language in a policy excluding terrorist attacks, your home should be protected. For insurance purposes, terrorism is looked on as a criminal act. Some states, including Florida, New York, Ohio, Pennsylvania, Massachusetts and Texas prohibit insurance companies from terrorism exclusions 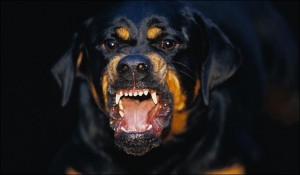 There are no bad dogs, only bad dog owners. Dogs will bite, act up and become aggressive only because their owners are irresponsible and don’t teach their dogs properly. Yet, insurance companies don’t see it that way. Many policies won’t cover injuries for “high-risk” dog breeds such as pit bulls even if the homeowner has liability coverage that protects against dog-related injuries.

Where do the insurance companies get their “high-risk” list? Like anything with insurance, it all comes down to numbers. Although there is no standard formula, the insurance companies go by the average number of bites reported by each breed. However, the Humane Society of the United States says the list changes each year. A few years ago, the Doberman was the most-feared breed. Today, it’s the pit bull and Rottweiler.

Are “aggressive breeds” a big problem? According to Insurance Information Institute, dog bite claims increased nearly 11 percent from 2006 to 2007, the last year figures were available. The average insurance claim was $24,511